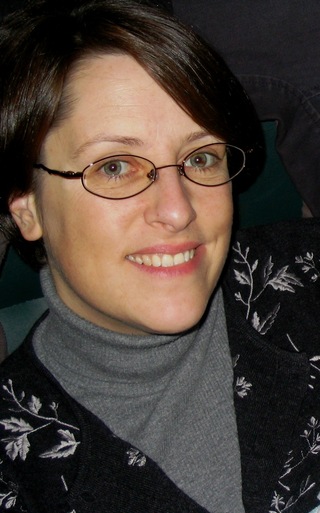 A poet and scholar, Elisabeth Frost is the author of a collection of poetry, All of Us (White Pine Press, 2011); two chapbooks, A Theory of the Vowel (Red Glass Books, 2013) and Rumor (Mermaid Tenement Press, 2009) ; and a critical study, The Feminist Avant-Garde in American Poetry (University of Iowa Press, 2003). She is also co-editor (with Cynthia Hogue) of Innovative Women Poets: An Anthology of Contemporary Poetry and Interviews (University of Iowa Press, 2006). In addition to a Fulbright Fellowship as a visiting professor at the University of Wroclaw, Poland, Frost has received grants from the Rockefeller Foundation-Bellagio Center, the University of Connecticut Humanities Institute, the MacDowell Colony, Yaddo, and the Ledig-Rowohlt Foundation, among others.

Frost’s poetry has appeared in numerous journals, including Barrow Street, Boulevard, The Denver Quarterly, The Journal, The New England Review, Poetry, and The Yale Review, and her collaborations with the visual artist Dianne Kornberg have been shown at the Chicago Cultural Center, Western Washington University, the San Juan Islands Museum of Art, and other venues. Frost’s essays, reviews, and interviews have appeared in Contemporary Literature, How2, Postmodern Culture, and The Women’s Review of Books. She holds graduate degrees in literature from Stanford and UCLA, and she received her undergraduate degree from Harvard/Radcliffe. Frost is Professor of English and Women’s/Gender/Sexuality Studies at Fordham University, where she is founder and editor of the Poets Out Loud book series from Fordham Press.

All of Us
“A compulsively readable book”
–Alicia Ostriker

Innovative Women Poets: An Anthology of Contemporary Poetry and Interviews
“an exciting—thrilling, even—addition to the growing canon of scholarship on contemporary U.S. women’s poetry”
–Maria Damon, The American Book Review